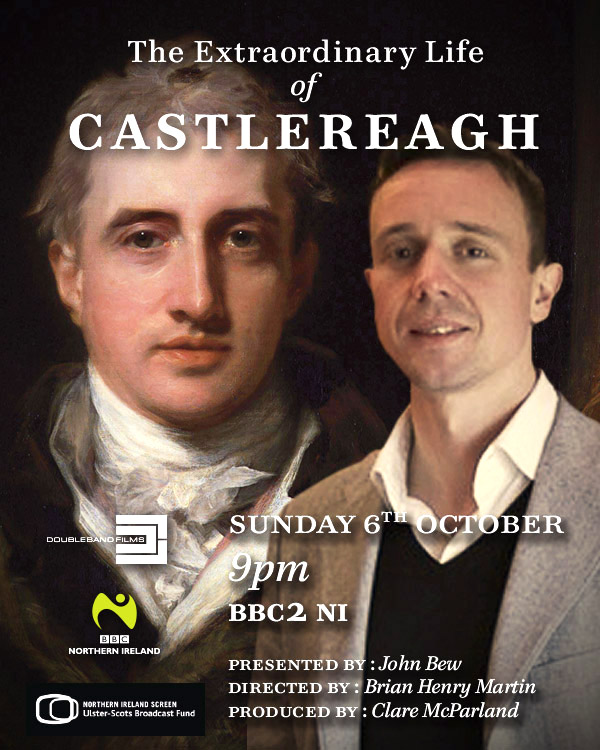 Groundbreakers:
The Extraordinary Life of Castlereagh

Historian Dr John Bew uncovers the
extraordinary life of this man who grew
up at  Mount Stewart in County Down.

Robert Stewart, Viscount Castlereagh, was born in 1769 to a political family of wealthy Presbyterian stock but he later became an Anglican.  He served as Chief Secretary for Ireland from 1796-1800.

Castlereagh played an important role in suppressing the 1798 Rebellion and thereafter was determined to bring Presbyterians more closely under government control.   This he did with the support of the Rev Robert Black by increasing the Regium Donum but instead of being paid as a block grant it was to be given to individual ministers with congregations being assessed according to size and then paid accordingly.

Castlereagh then turned his attention to the Belfast Academical Institution where he tried to block the Presbyterians from educating students for the ministry in that Institution.

Castlereagh is more widely known as the architect of the Act of Union of 1801 which abolished the Irish Parliament and for his involvement in the Congress of Vienna convened to settle post-war Europe after the Napoleonic Wars.