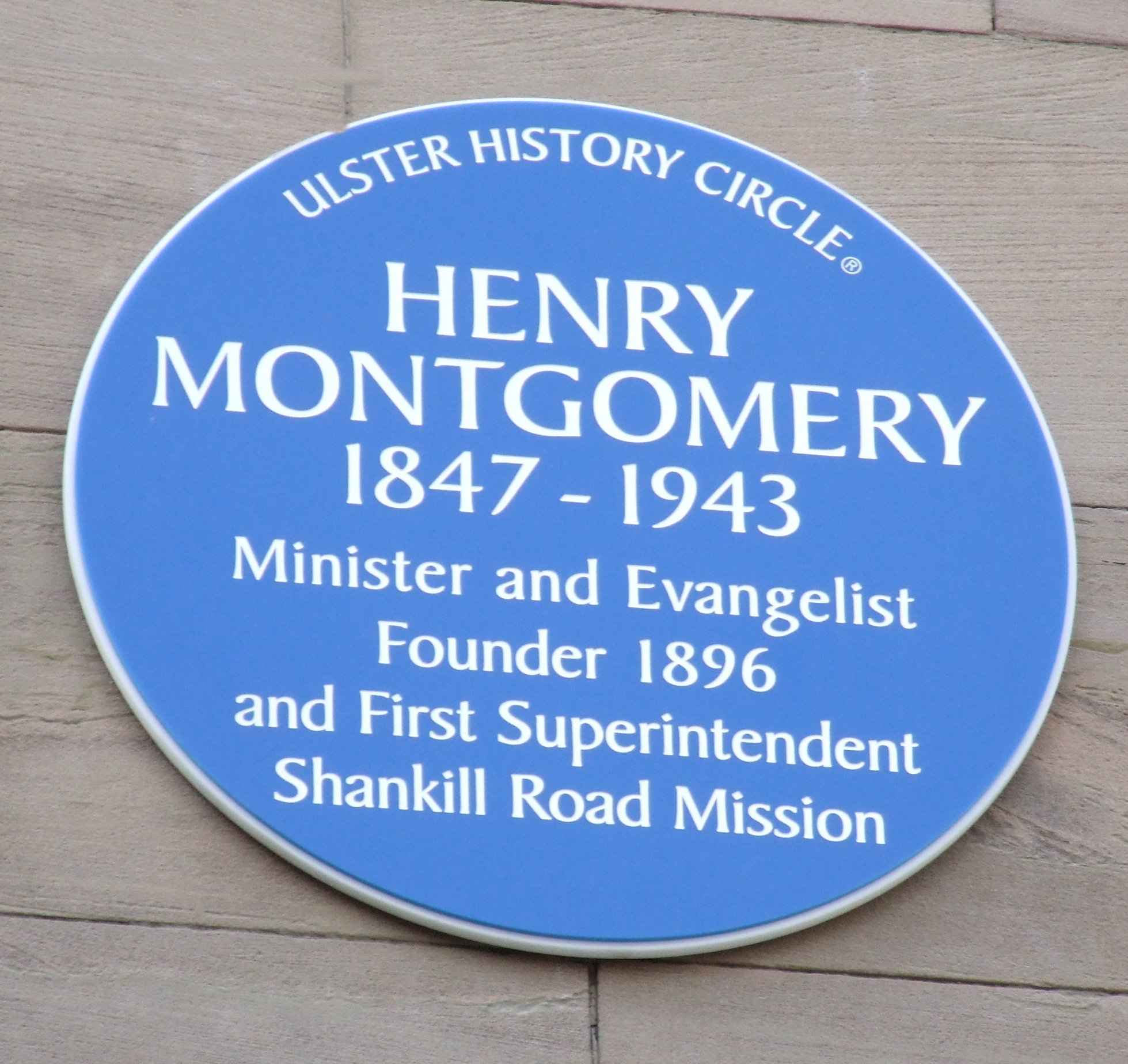 On Monday 10 March 2014 the Ulster History Circle placed a plaque at the Albert Hall, 110-120 Shankill Road, Belfast, in memory of the Rev Dr Henry Montgomery, 1847-1943, founder of the Shankill Road Mission.  There were speeches from Chris Spurr, Chairperson of the Ulster History Circle, from William Humphrey, MLA, and from the Rev Jack Lamb, minister of Townsend Street Presbyterian Church and a member of the Shankill Area Social History Group (SASH) who did the unveiling of the plaque.

Those who gathered at the event were then invited to an illustrated lecture in Townsend Street Presbyterian Church Hall given by Stuart Irwin whose MA dissertation was on the Shankill Road Mission and who provided a fascinating insight into the work of the Mission and the inspirational role of the Rev Montgomery in meeting the spiritual and practical needs of the people on the Shankill.

The massive increase in the population of Belfast during the 19th century from 19,000 to 250,000 resulted in a boom in church building but despite this increased provision there remained many working class families who were unconnected to any church. Stirred by the large number of non-church going people as he walked one Sunday evening from Royal Avenue to the Shankill Road, the Rev Montgomery was convinced of the need to reach these people with the message of life.  He got involved in the work of the Belfast Town Mission and through his ministry in Albert Street Presbyterian Church sought to reach out the thousands of people who were flooding into Belfast to work in the textile mills.

To further his urban mission work he established a tent mission in 1896 and with money raised largely by his congregation a permanent building was built that opened in 1898.  The plans incorporated a large assembly hall – the Albert Hall – capable of seating 2000 people, a Sunday school, medical facilities, a soup kitchen, classrooms and recreational areas. 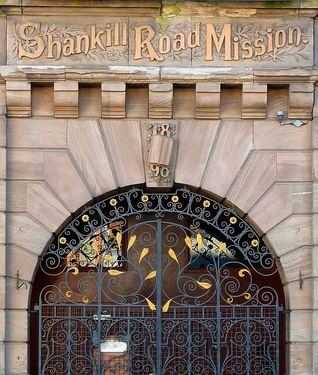 In 1902 Montgomery resigned as minister of Albert Street congregation and became a full-time worker with the Shankill Road Mission which then became an organised congregation in 1907.  By 1912 the church had grown to 500 families and in that same year Montgomery, in recognition of his work with the Mission, was made Moderator of the Presbyterian Church in Ireland.  >From the beginning Montgomery’s vision was not only to evangelise the people but also to meet their physical needs.  For example - there was an annual Christmas supper and distribution of Christmas parcels; and he organised trips to the seaside to enjoy the fresh air at Bangor.

The many tributes paid to the Rev Henry Montgomery on his death in 1943 is indicative of the respect and esteem in which he was held by the people on the Shankill Road.

"Many people lined the streets in the area where Dr Montgomery had spent a long life of devoted service; blinds were drawn, doors of business premises were shut, and there were other evidences of the deep respect in which citizens, without distinction of creed, held the memory of the man who had long ministered to their spiritual and temporal needs."

Even to this day the work of the Rev Montgomery is still fondly remembered in the area and he remains one of the great inspirational figures of Belfast in the late 19th and early 20th centuries.  It is only fitting that a plaque should be placed to commemorate the Rev Montgomery, affectionately known as the "Shankill Shepherd", and to acknowledge the many lives that he touched throughout his life.

The Dictionary of Ulster Biography