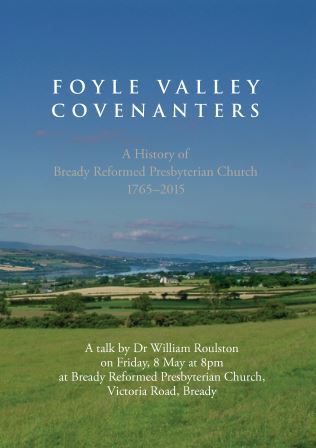 In the middle of the eighteenth century a community of Covenanters in the Foyle Valley emerged from the shadows to form a congregation. The first minister was ordained in 1765 and six years later a site at Bready was secured for a meeting house. Since then the members of this small but significant congregation have been active in preserving a Reformed Presbyterian witness in the district as well as contributing to many other aspects of local life.

The new book by Dr Roulston, all being well, will be available on the night of the talk.