The next PHSI lecture will be at 8pm on Thursday 18 February 2016 when the Rev Professor Robert McCollum will talk on ‘Presbyterian Protest and the Pentland Rising, 1666’.

It will cover the involvement of Ulster Presbyterians in the turbulent times that followed the Restoration of Charles II in 1660 with particular reference to ‘Blood's Plot’, 1663, an attempt to seize Dublin Castle and the Lord Lieutenant, and the Battle of Rullion Green, near Edinburgh, in 1666 when the Covenanters rose in defence of civil and religious liberty. 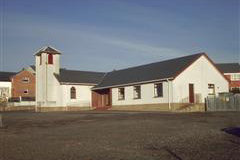 Reformed Presbyterian Church of Ireland website - Origins of the Church
For the History and Fasti see The Covenanters in Ireland: A History of the Congregations