“The Making of the Hibernian Patriot:
Jonathan Swift and Ulster Presbyterians”
by Professor Ian McBride
Foster Professor of Irish History, University of Oxford 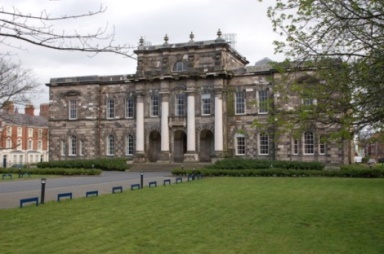 Ian McBride, who grew up in County Armagh, is the Foster Professor of Irish History at the University of Oxford and a fellow of Hertford College. His research interests include the history of Ireland in the Long Eighteenth Century and the history of Northern Ireland since 1920. He is a recipient of a Leverhulme Major Research Award to study the reshaping of Irish social and political life under the penal laws in the eighteenth century.

His publications include The Siege of Derry in Ulster Protestant Mythology (1997) and Scripture Politics: Ulster Presbyterians and Irish Radicalism in the Late Eighteenth Century (1998), both short-listed for the Christopher Ewart-Biggs Literary Prize; and Eighteenth-Century Ireland: The Isle of Slaves (2009).

His most recent book The Princeton History of Modern Ireland (2016), edited with Richard Bourke, was selected by both RTÉ Radio and The Irish Times as one of their best books of 2016.

Professor McBride is currently completing a volume on Swift’s Irish Political Writings for the Cambridge Edition of the Works of Jonathan Swift.