This cutting from the Belfast Telegraph shows the bronze tablet War Memorial erected in the Examination Hall in M’Crea College in memory of the students who fell in the Great War. It was unveiled by the Rev Dr J M Simms, Moderator of the General Assembly who himself had been Principal Chaplain of the British Expeditionary Force during the 1st World War. 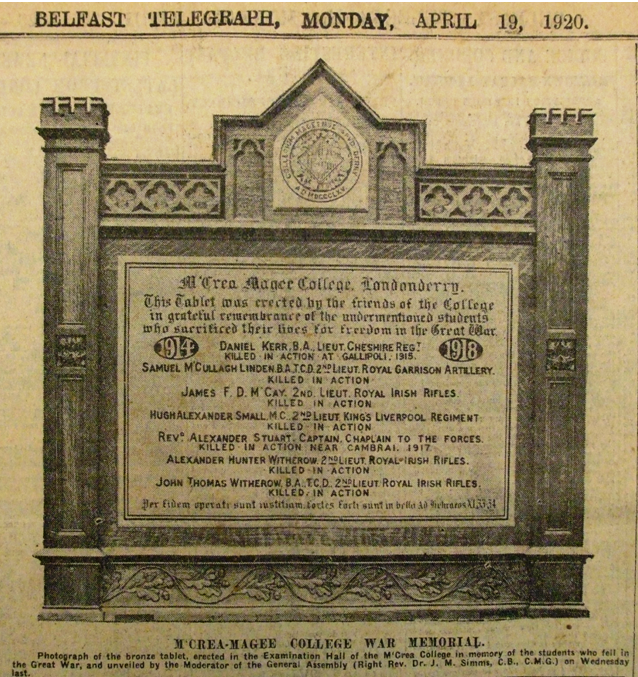