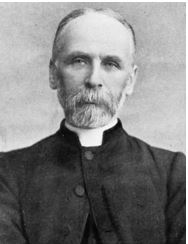 The Rev Thomas Hamilton had a rich and varied career.  Born on 28 August 1842 he was a son of the manse, his father being the Rev David Hamilton (born near Ballynahinch in 1805 and married Eliza Weir of Banbridge) of York Street Presbyterian Church, Belfast, who became Moderator of the General Assembly in 1854.  After graduating  from Queen’s University with two first class honours degrees, a B.A. in 1863 and an M.A. in 1864, he also studied theology at Assembly’s College, Belfast.

Following his licensing by Belfast Presbytery in 1865 he was ordained in the same year to York Street, the same church that his father ministered in, but he retained contact with both Queen’s University where he served for a period as examiner in Botany and Zoology and with Assembly’s College where he examined in Greek and Biblical Criticism.  During his ministry in York Street he continued to add to his academic qualifications – a D.D. in 1887 by the Presbyterian Theological Faculty, a second doctorate LL.D. by the Royal University of Ireland in 1891 and another D.D. by the University of Aberdeen. 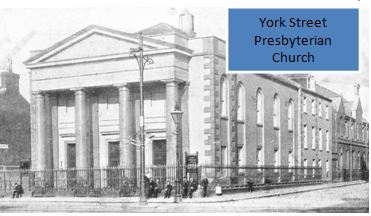 It is not surprising then to learn that in 1889 he resigned from York Street and took up an appointment as President of Queen’s College, an association which lasted until his retirement in 1923.  When Queen’s College became a university in 1908 he was appointed the first Vice-Chancellor, a position he held until his retirement.  His achievements at Queen’s University are well documented in Moody and Beckett’s ‘Queen’s University of Belfast 1845-1949’.  They tell of how he sought to increase government financial aid, how he organised local support, planned new buildings and took a leading part in the discussions for an independent university of Belfast which came to fruition in 1908 when the Irish Universities Act was passed when Queen’s College became Queen’s University.  During his time at Queen’s the number of students more than doubled and it can be said that he laid the foundations of the modern university.  Moody and Beckett record the following tribute – ‘He had many critics and some enemies but even the strongest and bitterest of them could not deny that the value of his services to Queen’s far outweighed his errors and that his very faults were those of a great man’. 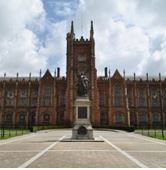 The ultimate accolade to the Rev Hamilton came in 1921 when he was appointed a member of the Privy Council by King George V.

Much of his writing took place while he was minister of York Street Church.  Following his father’s death he wrote a short account of his life ‘A Biographical Sketch of the Rev David Hamilton, Belfast’ (Belfast 1875) entitled ‘Faithful unto Death’.  In the same year appeared ‘Irish Worthies: A Series of original Biographical Sketches of Eminent Ministers and Members of the Presbyterian Church in Ireland’  (Belfast 1875) which the Rev Hamilton edited.  His next publication ‘Our Rest Day’ (1885) won first prize in a competition organised by the Sabbath Alliance of Scotland and for which he received £100, a not inconsiderable amount of money in those days.   He is perhaps best known for his ‘History of the Presbyterian Church in Ireland’ (1886).  The last of his publications was published in 1888 in response to those who attended his series of Sunday evening lectures  – ‘Beyond the Stars’ - on the subject of heaven that draws together in popular language all that can be gathered together from the Bible about this subject. In respect of his talk on heaven he writes ‘men crowded in to hear about the heavenly home and with unflagging eagerness they drank in all that could be told about it’.

Besides his substantive published works he also wrote many articles for the ‘Dictionary of National Biography’.

This article is based on one written by the late Rev Douglas Armstrong in the Presbyterian Herald, July/August 1989.